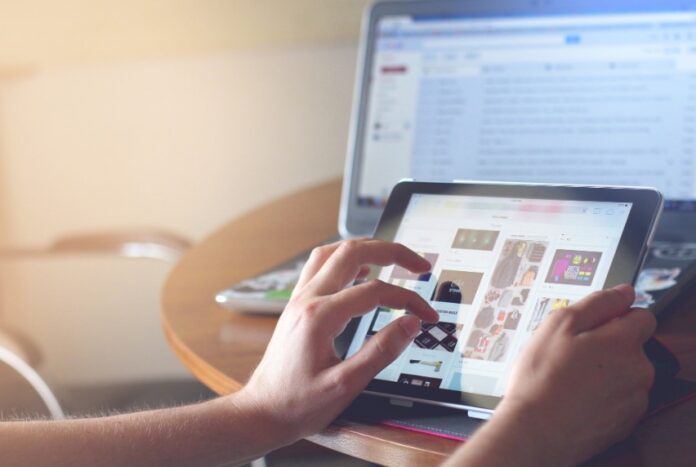 A digital media distribution is a digital video and audio connection over a single cable.

These devices are scaling on providing better audio and video signals. This has enabled both the new and old devices to be compatible with each other.

However, both HDMI and DisplayPort use the same concept; but their functionality is different.

We will look at HDMI vs DisplayPort differences in the following article.

What is HDMI or High-Definition Multimedia Interface?

HDMI or High-Definition Multimedia Interface is a newly developed audio/video interface. It supports all digital devices and enables them to transmit high-definition digital audio and video signals. It is also designed to support compressed or uncompressed digital audio, as well as video.

HDMI is a single cable connection that allows any compatible digital device to be connected to:

It is the optimal connection for all digital components, such as:

HDMI is also very cost-effective and eliminates cable clutter because it only requires one cable for the connection; this is especially beneficial for living rooms where installing multiple cables can be difficult or expensive.

A DisplayPort is a digital display interface typically used to connect a video source to a display device such as a computer monitor. It is also used in newer media protocols. A DisplayPort typically replaces older analog technologies like VGA and DVI.

The DisplayPort offers higher resolution and support for both audio and video. It is supported by many of the most popular video card manufacturers and is commonly used to connect a video source to an external display. In addition, it supports the ability to drive multiple displays with the same source.

This makes it ideal for applications such as:

DisplayPort is also interoperable with existing display technologies including:

It allows users to easily upgrade their existing setups and take advantage of the many benefits of DisplayPort technology.

The Difference Between an HDMI vs DisplayPort

HDMI and DisplayPort are both audio-visual cable connectors widely used in the computing and entertainment industries. HDMI is the most widely used and is the standard for connecting devices such as cable boxes, video game consoles, Blu-Ray players, and more to HDTVs. It carries both audio and video signals. Thus, it’s great for connecting to home theater systems that require both.

DisplayPort, on the other hand, is most commonly used as a connection between PCs and external monitors/televisions. As far as maximum data transfer rate, DisplayPort boasts a much higher limit (20Gbps versus 18Gbps for HDMI).

It also supports higher resolutions and refreshes rates than HDMI, making it an ideal choice for those who require extremely accurate and high-definition displays. In addition, DisplayPort is more secure, as it supports native encryption to protect your data. And if you are talking about multi-video media hubs, DisplayPorts come best.

Understanding the Difference Between HDMI vs DisplayPort

To get the most from your devices, consider the difference between HDMI vs DisplayPort and choose the connection that is right for you.

For more informative articles aside from an overview of HDMI or DisplayPort, visit our blog section.

Should You Buy the iPhone 14 or Wait for a Better Deal?

Save Time and Money with Load Optimization Software